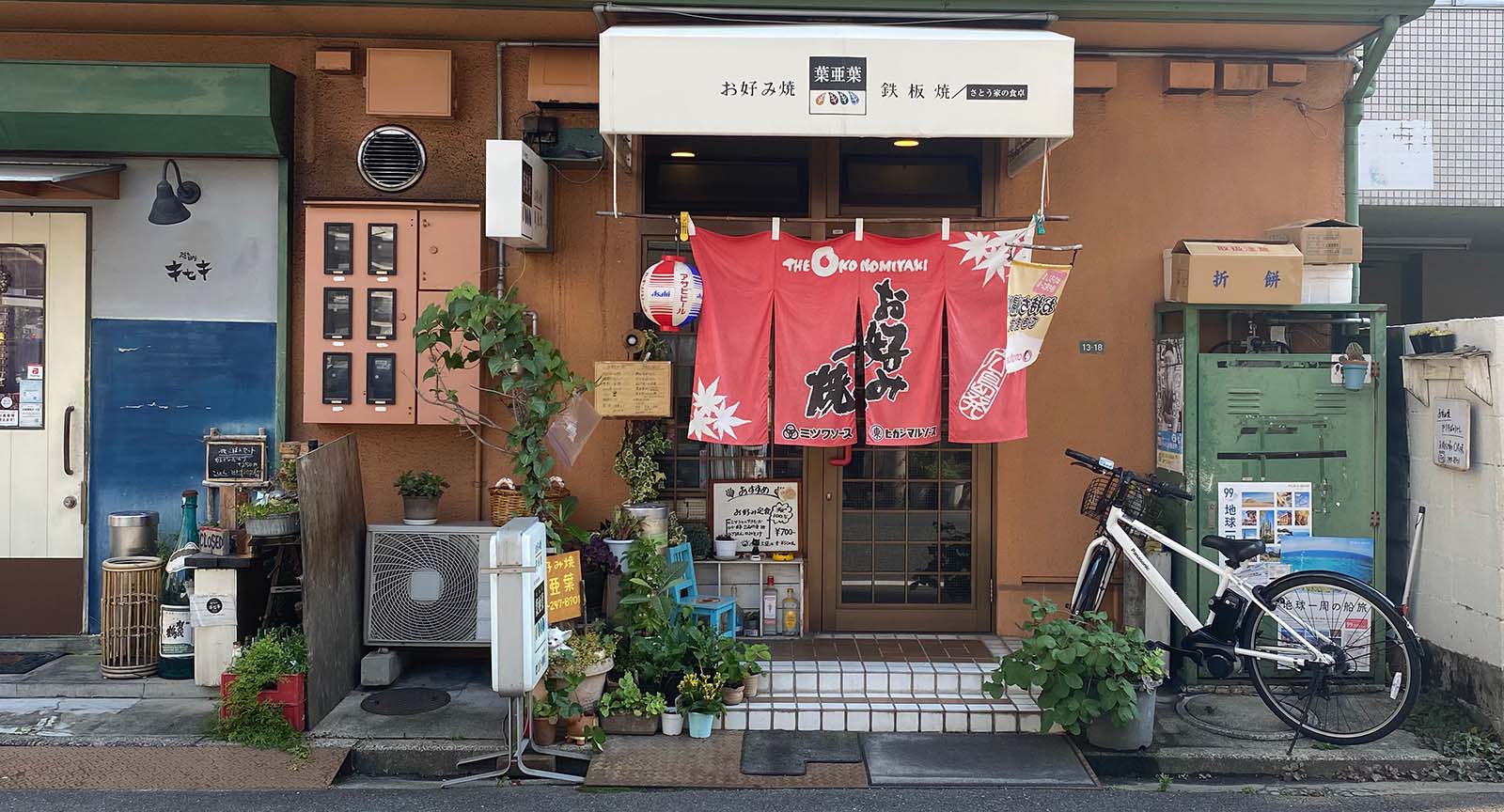 Haaha (葉亜葉), is a quaint little neighborhood restaurant in Fujimicho, Hiroshima Japan. It’s about a 20 minute walk from the nearby Peace Memorial into the less touristy part of town where there are more local patrons, but not far enough out of the way to be inconvenient to visit on a short trip to Hiroshima.

I wanted to get a taste of local food, and it doesn’t get much more local than Haaha – basically a little grandma cooking okonomiyaki in a cafe converted from a living room. The menu is scribbled onto some fading discolored paper on the wall, along with some thank you messages from previous patrons. Little knick-knacks, comics, and magazines are placed here and there for your entertainment, along with some stored ingredients for the restaurant. A TV was broadcasting the local Hiroshima Carp’s baseball game at the nearby Mazda stadium. When we visited Haaha, we were the only patrons at the time because we went in off hours, but if you visit just as the work day ends, you’ll likely find local regulars in here enjoying food, drink, and conversation.

We had some beer (bottled only), yakisoba, and okonomiyaki. Hahaa’s classically Hiroshima-style okonomiyaki has a thinner pancake, and doesn’t mix the noodles and veggies into the batter, but instead, the pancake kinda hovers on top of the fried noodles and vegetables. The yakisoba was similar to what I’ve had before in Osaka and Tokyo, so no detectable differences there. That being said, these two comfort foods tasted home-cooked, because they definitely were, and were thoroughly enjoyable.

Hiroshima is said to be the origin of okonomiyaki, and if not, at the very least Hiroshima has adopted okonomiyaki as their soul and comfort food. The wonderfully casual atmosphere of Haaha is the perfect place to get a glimpse of local life and food, and I would recommend it as a fun meal if you’re in the Hiroshima area.

If you enjoyed this article, please consider following me (@coffeeRyokou) on Instagram.